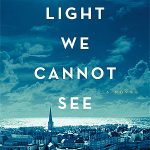 Seattle Writing Class teaches how to use concrete detail as exemplified by All the Light We Cannot See.

In my fall Seattle writing class, Revising Your Life, I emphasize how using concrete detail can conjure a world and bring it to life. I just finished a novel which provides a masterful example of how to do this. Anthony Doerr’s, All the Light We Cannot See, brings to life the hardship and atmosphere of WWII Europe, telling the story of Marie Laure, a blind French Girl, and Werner, a German orphan, whose lives illuminate the larger story of the period.

Though I have read many books about WWII, none of them brings to life the hardships of the period as clearly as this one. Werner escapes the orphanage by learning to build and fix radios, a skill highly prized by the Nazis, who soon send him to an elite military academy to train and become indoctrinated into the Nazi world view. His younger sister, Jutta, objects to his attending the school as she believes it will turn him into one of them. The difficult moral problems each of these characters is forced to confront testifies to the subtlety and sympathy of Doerr as a writer. There are no easy answers to such questions.

Frederick, one of Werner’s friends at the academy, refuses to cooperate with commandant. The other boys then set on him, beating him nearly to death. There is no easy way out of Werner’s dilemma. He keeps his head down and mouth shut and succeeds at the school because of his prowess at fixing radios. This talent soon leads him into the German army where he specializes in tracking radios used by the enemy.

The book alternates between Werner’s and Marie Laure’s point of view. While Doerr employs a more conventional point of view with Werner, he uses a braille-like approach with Marie Laure. There is so much amazingly tactile writing in the book, first about Paris where she grows up, and then about St. Malo, a luminous city on the north coast of France, where the book’s climax takes place. I won’t give away the ending, but it is satisfying, haunting, and surprisingly optimistic, making it a worthy recipient of the Pulitzer Prize.

My fall Seattle Writing Class, Revising Your Life, will emphasize how to use concrete detail in your own work. There’s still room. Let me know if you’d like to sign up!