Faculty for The Writer’s Workshop

Scott teaches the fiction writing sequence for The Writer’s Workshop and the Introduction to Magazine writing class. He has won numerous Society of Professional Journalists awards, was cited in the Best American Essays, 1998, and won the University of Washington’s Milliman Award for Fiction, (1989). 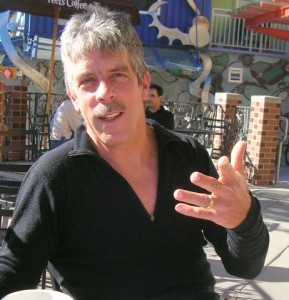 Driscoll was awarded the University of Washington, Educational Outreach award for Excellence in Teaching in the Arts and Humanities in 2006. His debut novel, Better You Go Home, which grew out of an exploration of the Czech side of his family, won Foreword Reviews’ First Book Contest in March 2014. He freelances for Alaska and Horizon Airlines magazines, The Seattle Post Intelligencer, Poets and Writers Magazine, Image Journal, the Seattle Review, and Far From Home, an anthology of father/daughter essays published by Seal Press.  His fiction appears in Ex-Files: New Stories About Old Flames (Context Books) as well as in a number of literary magazines, including Crosscurrents, Cimarron Review, Gulfstream, The South Dakota Review, Oxford Magazine, American Fiction ’88 and so on.  Driscoll completed his M.F.A. at the University of Washington.  He has been teaching literary fiction for UW Extension since 1993.  He has also taught creative writing at Western Washington University, as well as for Seattle’s Writers In The Schools (WITS) program and The Writer’s Workshop. 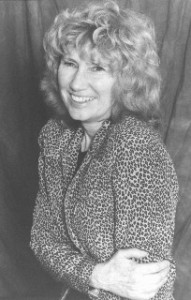 teaches the novel writing sequence for The Writer’s Workshop. She is a novelist, short story writer, poet and essayist. Her award-winning books include the novel Alaska, a Book-of-the-Month Club alternate selection. Born in San Francisco and raised in the Pacific Northwest, she worked for six years as director of Writers in Performance at the Manhattan Theatre Club in New York.  She now lives with her husband in the foothills of the Cascade Mountains, where they raise horses.  Her most recent publications are You Haven’t Asked About My Wedding or What I Wore: Poems of Courtship on the American Frontier (University of Alaska Press) and the memoir Horses Never Lie About Love (Free Press, Simon & Schuster). Ms. Harris teaches the novel writing sequence for The Writer’s Workshop and at the University of Washington where she is editor and founder of Switched-on Gutenberg (http://www.switched-ongutenberg.org), one of the first electronic poetry journals of the English-speaking world. Her second novel, The Pearl of Ruby City was released from St. Martin’s Press. In 2001 she won a Pushcart Prize for poetry.  Jana is a member of the National Book Critics Circle, PEN, Poetry Society of America, and AWP. Recently she has been writer-in-residence at the University of Wyoming, St. Catherine’s College (St. Paul, MN), and Washington State University. 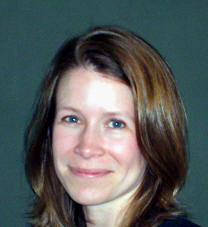 Jessica teaches the online Introduction to Nonfiction class, Nonfiction Book classes, Young Adult classes and Individual Tutorials for The Writer’s Workshop. A former staff editor at The Atlantic Monthly, she has taught creative writing since 1996. Her teaching positions have taken her far and wide—from Micronesia, where she taught literature and calculus; to Cambridge, MA, where she was a teaching fellow under Dr. Robert Coles at Harvard University; to Boston, where she taught writing and rhetoric at Emerson College and Boston University; and to Oxford and Tuscany, where she taught creative writing to high school students. She most recently taught creative writing and advanced fiction at Seattle Pacific University. Jessica holds an MFA in fiction from Emerson College. Her fiction has been published in The Atlantic and Memorious and her nonfiction has appeared in Poets & Writers Magazine and The New York Sun. As a regular writer for The Atlantic Online, she has interviewed authors Joyce Carol Oates, Jonathan Franzen, Amy Hempel, and Zadie Smith. In 2006 she was the recipient of the Milton Center Postgraduate Writing Fellowship. She wrote the libretto for An American Dream, an opera that had its world premiere at Seattle Opera in August 2015, and which the company will be remounting in September 2017. In 2016, she was selected to attend Tapestry Opera’s Librettist-Composer Laboratory, also known as LIBLAB, in Toronto. Her fiction has appeared in The Atlantic; Image; Memorious; and Signs of Life, an annual anthology for Seattle writers. Her nonfiction has appeared in Poets & Writers Magazine, The Atlantic Online, ParentMap and Portland, among other publications.

Nicholas is the founder of The Writer’s Workshop and teaches travel writing classes, Seattle writing classes and other courses. He’s the author of The Storms of Denali (University of Alaska, Chicago presses, 2012) On Sacred Ground: The Spirit of Place in Pacific Northwest Literature (U.W. Press, 2003), At the Field’s End: Interviews with 22 Pacific Northwest Writers (U.W. Press, 1998), Contemporary Ecofiction (Charles Scribner’s, 1996) and Beyond Risk: Conversations with Climbers (Mountaineers, 1993). He contributes to Newsweek, Gourmet, Saveur, Outside, National Geographic Adventure, Condé Nast Traveler, Food & Wine, The New York Times, The Wall Street Journal, Sierra, The Wine Spectator, Commonweal, Image and many other places. He designed and taught in the University of Washington Extension’s Narrative Nonfiction Program and has been a visiting instructor at the North Cascades Institute, Seattle University and Seattle Pacific University’s Master of Fine Arts in Writing Program. 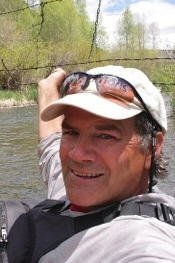 Jonathan has worked as a wilderness guide, magazine editor, park ranger, and guard dog agitator; but more than anything else, he is a writer and photographer. He teaches Nature and Adventure Writing and nonfiction writing classes for The Writer’s Workshop. He’s renowned for unprecedented mountaineering ascents, long river descents, and arduous wilderness traverses—such as his solo of the Northwest Passage, winter ascent of Denali’s Cassin Ridge, or source to sea descent of the Colorado River.  The National Geographic Society has frequently supported his journeys.  His twelve books include Northern Exposures: An Adventuring Career In Stories and Images (Snowy Owl Books, 2013), Arctic Crossing, and In the Shadow of Denali.  The recognition for his work—a hybrid of adventure, environmentalism, and nature writing—runs the gambit from magazine awards, to a Special Achievement Award from the National Park Service, to a literary fellowship from the National Endowment for the arts, to an Emmy.  Jon’s newest book, Northern Exposures features an anthology of story telling and images (published over the last three decades in various journals, including Outside, The Washington Post, Climbing, or Adventure) about challenging journeys and conservation issues.   For more, see www.jonthanwaterman.com.