nickPosted on September 20, 2020 Posted in Classes, Writing Techniques — No Comments ↓

Narrative writers organize their books and shorter pieces in terms of a story or chronology, probably the oldest and most compelling way of relating information. In Aspects of the Novel, E.M. Forster speculates that the earliest storytelling took place around a campfire after tired bands of Neanderthal hunters had killed a woolly mammoth. Natural selection favored hunters who told a well-crafted, suspenseful story; those who rambled endlessly or droned on about their personal exploits were hit over the head with a club. 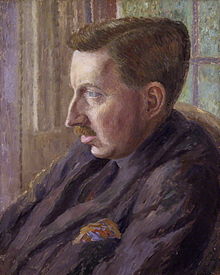 1) BASED ON SCENE – Organized around one or more scenes. Unlike a feature story, these pieces should be composed almost entirely of scenes. There can be passages of narrative summary that provide background information, but these should be incorporated into or around the scene.

2) EMPHASIZE CHARACTER – Elucidation of character lies at heart of these stories. They can convey information, but this should be done through the personalities central to the story.

3) ENCOURAGE CURIOSITY – Writers should appeal to readers’ curiosity, pulling them along with suspenseful storytelling, not letting them go until the end.

4) CONFLICT AND RESOLUTION FORMAT – The story has to be organized around a conflict, whether an external one like climbing a mountain, or an internal one of overcoming stuttering. Most of the best stories have a conflict that embraces both the internal and the external. Example: John has to overcome his fear to climb the mountain. Melissa meets a supportive speech therapist who helps her speak normally.

5) TIMELY – Any trend or event that’s coming up can serve as a timely tie to the story. A timely angle puts your story idea to the top of the editor’s pile.

6) PERSONALLY INTERESTING – Writers usually do their best work on subjects that matter to them. Try to find topics that you are passionate about, as Gerard emphasizes in Creative Nonfiction.

7) PUBLISHABLE – Not every idea that appeals to the writer will gain favor with editors, however. Find ideas that interest you and the editor.

For more on story ideas, please consider signing up for my writing classes.