Summer Reads for Tumultuous Times from The Writer’s Workshop 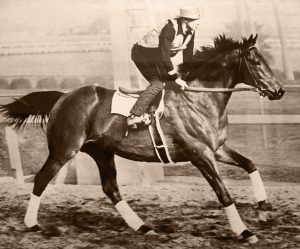 Seabiscuit serves as an outstanding example of narrative in writing classes from The Writer’s Workshop.

In these tumultuous times, it seems hard to imagine how things can return to normal. How can we get through Covid, police brutality, protests, riots, high unemployment and general malaise? One of the best ways to find hope in dark times lies in reading about other challenging periods in our past. Some of the most remarkable achievements took place during similarly perilous moments.

Here are four outstanding books that illuminate how our country negotiated difficult circumstances and emerged stronger from them. In addition, these books serve as great examples of narrative writing, the subject of my writing classes at The Writer’s Workshop. These books provide useful perspective, dazzling form and wonderfully satisfying summer reading:

Seabiscuit by Laura Hillenbrand – The story of Seabiscuit, an American thoroughbred racehorse who became the top money-winning racehorse in the 1940s. High-strung, talented and rebellious, the horse languished until a washed up cowboy and horse whisperer, Tom Smith, became his trainer, won his trust and turned him into a champion, serving as a beacon of hope during the Great Depression.

The Devil in the White City by Erik Larson – This New York Times bestseller tells the story of the architect who planned the construction of the great Chicago World’s Fair of 1893 and the serial killer who used the fair as a lure. Erik Larson recounts the tale of the architect and the killer in a spellbinding narrative style, demonstrating how to use scene and characterization to bring a story to life

The Boys in the Boat by Daniel James Brown – This nonfiction classic celebrates the 1936 U.S. men’s Olympic eight-oar rowing team—nine working class young men who surprised the elite rowing teams from the East Coast, Oxford and Cambridge, and finally the Nazis as they rowed for gold in front of Adolf Hitler. Set against in the Great Depression, these young men reminded the country of what can be done when everyone quite literally pulls together.

The Autobiography of Frederick Douglas by Frederick Douglass – This outstanding 1845 memoir and treatise on abolition was written by Douglass, a former slave and renowned orator about his time in Lynn, Massachusetts. It’s the most famous example of the slave narrative, a literary form used by many former slaves and which has served as a great inspiration for contemporary black writers such as my former professor and mentor, Charles Johnson. The book is a gripping read, with a strong narrative voice and style that fueled the abolitionist movement in the early 19th century in the U.S.

Not only do these books offer hope in tough times, they serve as great examples of narrative writing and useful models for your own work. If you’d like help in learning how to tell YOUR story, please consider signing up for one of my Seattle writing classes or online writing classes through The Writer’s Workshop. Let me know if I can help you tell your story!