Take a Journey with a Traveler’s Tale 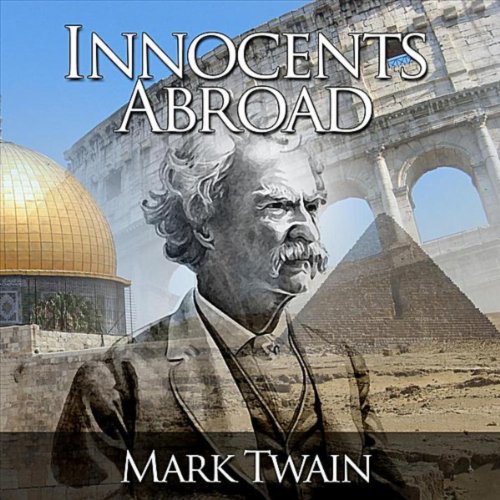 If you love to travel like I do, you’ve probably found the last six months a challenging time. After canceling my Travel Writing class in Spain and an assignment to ski in Austria, I have hunkered down at home to write, teach, shelter with my family and occasionally venture out to a local cafe. Such is the situation in the world today.

During this time, I’ve found great pleasure in reading travel books, something I’ve done in the past as research. Now it’s become a pleasure in its own right as well as preparation for when I can hit the road again.

I’ve been traveling vicariously with Mark Twain (The Innocents Abroad) Beryl Markham (West with the Night), V.S. Naipaul (Among the Believers), Charles Nichol (The Fruit Palace) and Bill Bryson (A Walk in the Woods). These are some of the titles I reference in my Seattle writing classes, online writing classes and especially in my travel writing classes. Here’s more on the books below.

The Innocents Abroad, or The New Pilgrims’ Progress is a travel book by Mark Twain published in 1869 which humorously chronicles what Twain called his “Great Pleasure Excursion” on board the chartered vessel Quaker City through Europe and the Holy Land with a group of American travelers in 1867. It was the best-selling of Twain’s works during his lifetime, as well as one of the best-selling travel books of all time.

West with the Night is a 1942 memoir by Beryl Markham, chronicling her experiences growing up in Kenya in the early 1900s, leading to careers as a racehorse trainer and bush pilot there. It is considered a classic of outdoor literature and was included in the U.S.A.’s Armed Services Editions shortly after its publication.

Among the Believers: An Islamic Journey is a book by the Nobel laureate V. S. Naipaul. Published in 1981, the book chronicles a six-month journey across Asian after the Iranian Revolution. V.S. Naipaul explores the culture and the explosive situation in countries where Islamic fundamentalism was taking root. His travels start with Iran, on to Pakistan, Malaysia and Indonesia, with a short stop in Pakistan and Iran. Like the best travel books is prescient, indicating what was about to unfold in the region.

The Fruit Palace is a classic travel story by Charles Nicholl, chronicling his quest for ‘The Great Cocaine Story’. The book is set in the eighties in Columbia and describes not only the cocaine trade, but the wonder of everyday life in the country. The Fruit Palace is a little whitewashed café that legally dispenses tropical fruit juices as well as a meeting place for black marketers. It’s here that the story begins.

A Walk in the Woods: Rediscovering America on the Appalachian Trail is a 1998 travel book by writer Bill Bryson, describing his attempt to walk the Appalachian Trail with his friend Stephen Katz, a less than competent outdoorsman whose foibles contribute mightily to this entertaining book. It’s a hilarious account of their adventures and misadventures, with Bryson’s trademark humor coming to the fore.